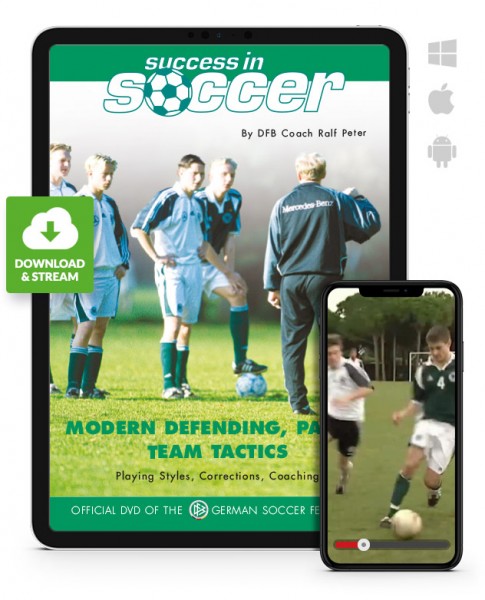 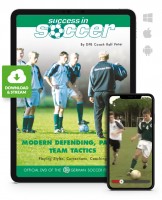 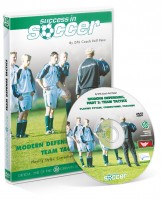 - Introducing the back four system

This eVideo shows you how to teach a ball-oriented defensive concept on the basis of comprehensive individual and group defensive tactics training. While the method shown here uses a playing system with a back four, it can be applied to other systems as well.

In this series the Ralf Peter shows a systematic method of teaching ball-oriented defense, focusing on: tactical sequences in detail, recognizing and correcting mistakes, and relevant exercises.

Whether your formation includes a sweeper, a back three or a back four, 1 v. 1 play is the foundation for all forms of defending. That's why individual defensive training is the first step toward ball-oriented defense.