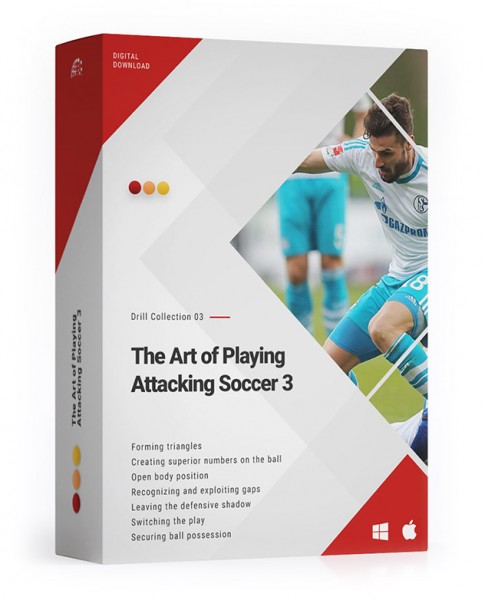 A positional attack is always started when a fast counterattack is not possible. It is characterized by a secure opening of the game and can be performed as a wing or frontal attack through the center.The attacking team plays the ball with targeted and safe pass sequences from the third of defense over the midfield into the attacking zone to prepare for goalscoring opportunities.

Top teams are characterized by an almost perfect ball security in all game situations. Small and large positional games are very well suited for learning the process of securing possession of the ball.