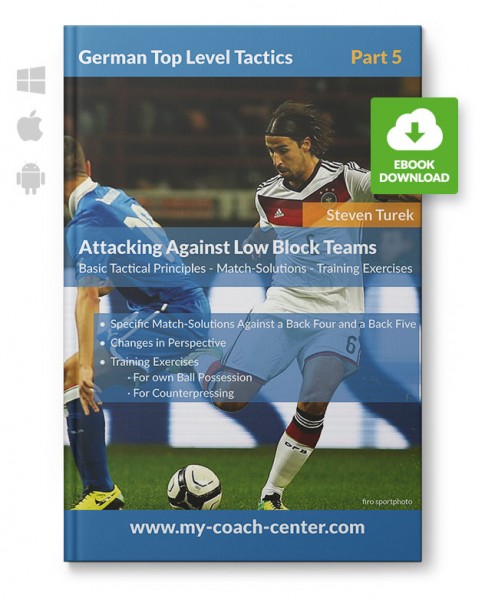 The fifth part of the series “German Top Level Tactics” discusses how to attack against low block teams. Many teams resort to this tactical element for the purpose of exasperating strong offensive teams. To have apposite answers to that defensive construct, you will find on more than 90 pages’ numerous basic principles, which confer the attacking play an optimal structure. Thereby, the following principles are made us of:

Farther, numerous changes in perspective, remarks und quotes take care of an easy and simultaneously detailed understanding. Concrete match-solutions and strategies provide amongst others answers to the following questions:

The last part provides several competition-like exercises and games - adjusted to the play against a back four or a back five and strategies to improve counterpressing.