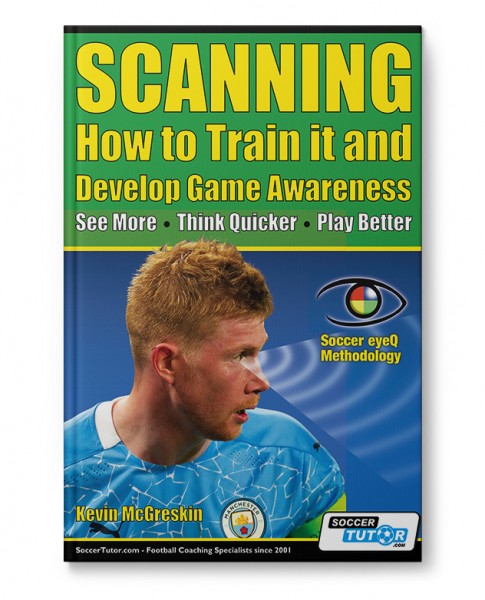 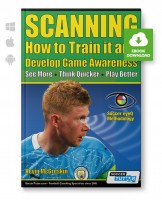 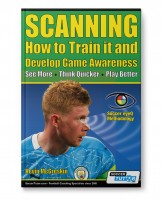 SCANNING - How to Train it and Develop Game Awareness

This groundbreaking book is written by Kevin McGreskin (UEFA A Licence and UEFA Coaching Instructor), who noticed the problem that too many players focus intently on the ball, control it, and only then look up to see the options.

These players fail to be consistently effective for a number of reasons, including: 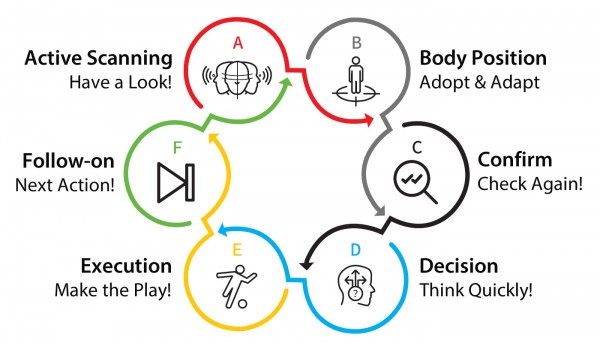 The Soccer eyeQ practices force players to scan more frequently and read the game situation by adding visual cues, which the players must spot and call out before receiving.

With the "picture" created, your players will:

In this book you will learn how to:

The Soccer eyeQ methods can:

The book includes these sections:

53 Practices and Progressions including: 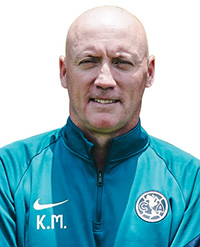