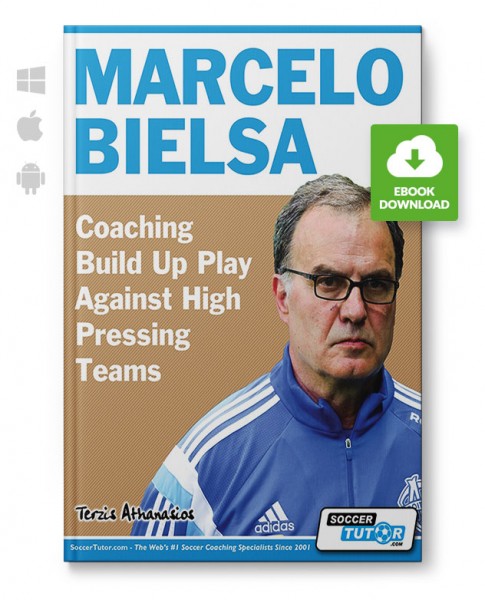 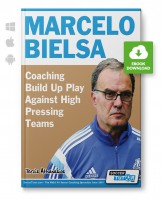 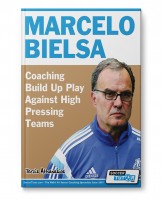 Take a look inside with our free preview PDF!

Learn to Coach "The Bielsa Way" - Building Up Play Against High Pressing Teams with 9 Full Sessions (35 Practices) based on 9 Game Situations from the Tactics of Marcelo Bielsa.

Athanasios Terzis is a UEFA 'A' Licence Coach and has produced extensive analysis of Marcelo Bielsa in 9 different tactical situations, supported with 9 full training sessions (35 practices). Athanasios is the author of some of the best-selling Football Coaching books, most notably 'Jurgen Klopp's Attacking and Defending Tactics', 'Coaching the Juventus 3-5-2' and 'FC Barcelona Training Sessions', which won the Italian FA Award for “Best Coaching Book” in 2014.

The book includes Marcelo Bielsa's tactics (and playing philosophy) for:

Marcelo Bielsa is a highly respected coach and is famous for his innovative playing style, tactics and formations. He has had a massive influence on football across the world and on other top coaches, such as Pep Guardiola, Mauricio Pochettino, Jorge Sampaoli and Gerardo Martino.

The aim of the book is to use the innovative tactics of Marcelo Bielsa to provide a complete guide of how to build up play effectively against high pressing teams.

To successfully build up from the back, the team in possession has to follow four steps:

Fantastic book for all those who want to know more about Bielsa!

I have admired Bielsa, since watching his team at the Olympics. With him being back in focus at Leeds United, I bought this book and can only recommend it! If you want to know what philosophy is behind his coaching and why Leeds is back after 16 years in the second division, it is a must buy!