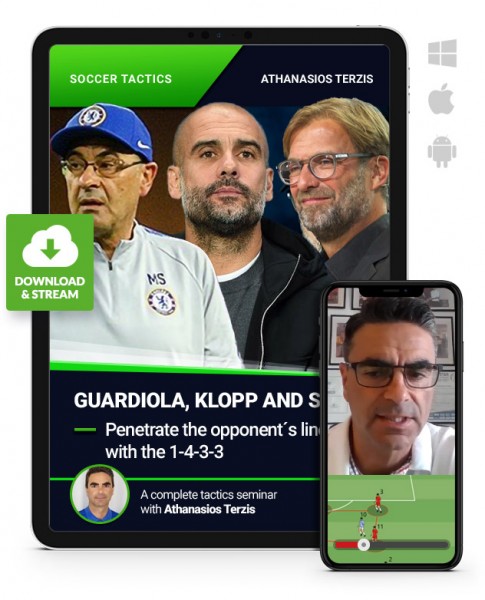 How to penetrate the opponents’ lines with the 1-4-3-3 formation – Finding a way to move the ball to the free space between lines according to tactics used by Guardiola, Klopp and Sarri

The aim during the attacking phase is to create scoring chances and scoring goals. In order to achieve this the ball should be moved in specific areas of the field so that a final pass or a cross under good conditions can be made. Moving the ball to the desired areas can be carried out through different styles of building up. If positional play is chosen then short passing and gradual build up is used, whereas in case of direct play long balls are played. Finally, when mixed build up is applied both short and long passing is used.

In this presentation which includes detailed diagrams and videos, we will analyse the tactics used mainly by Pep Guardiola and other top coaches like Jurgen Klopp and Maurizio Sarri. The concepts of space, of effective supporting angles and the types of passes (first, second and third line) used according to the situation, are analysed in detail. 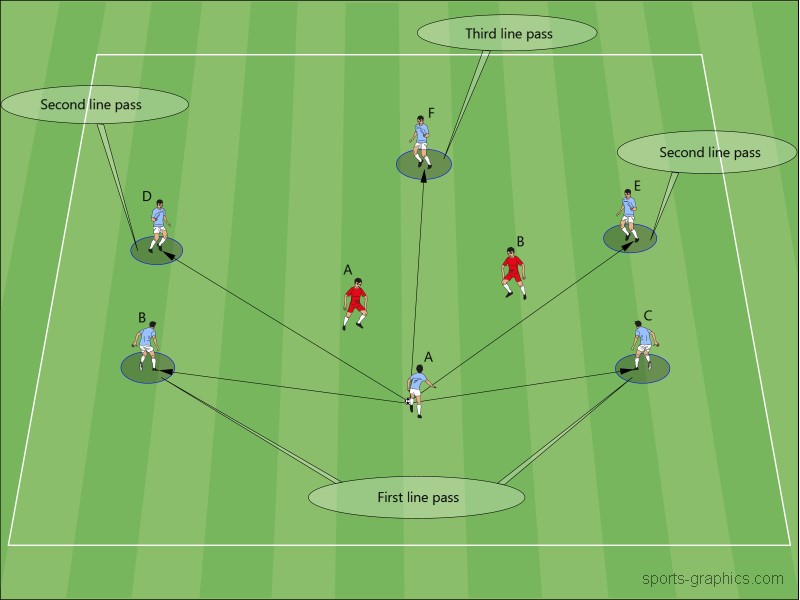 The focus is on how all the above can be used effectively in order for the attacking team to exploit the available space between lines. By this strategy the ball is gradually moved from line to line, with short and safe passing until it reaches the desired areas for creating scoring chances. 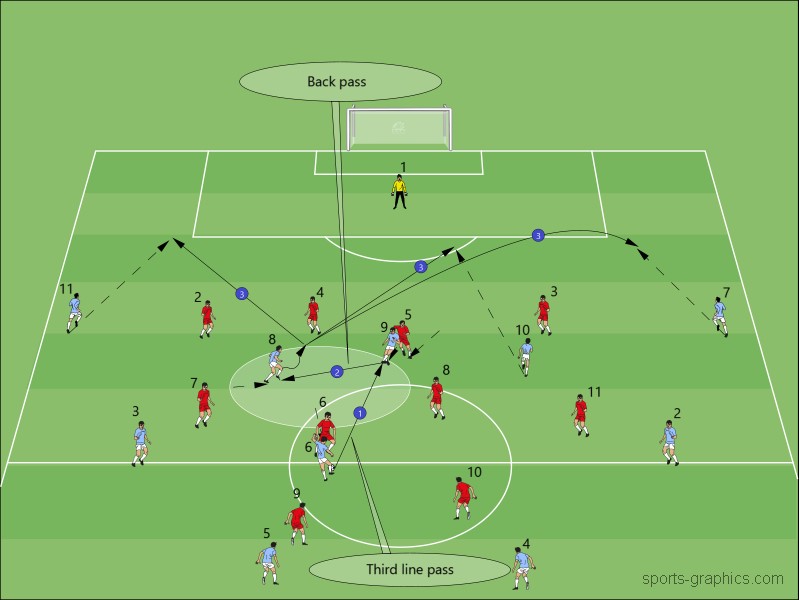 The analysis is followed by animated drills to help coaches apply the tactics used to their teams, by simply adding or adjusting them to their own training sessions. The analysed tactics for penetrating the opposition’s lines is presented with the 1-4-3-3 formation, but it can also be used with every possible formation by making the appropriate adjustments. 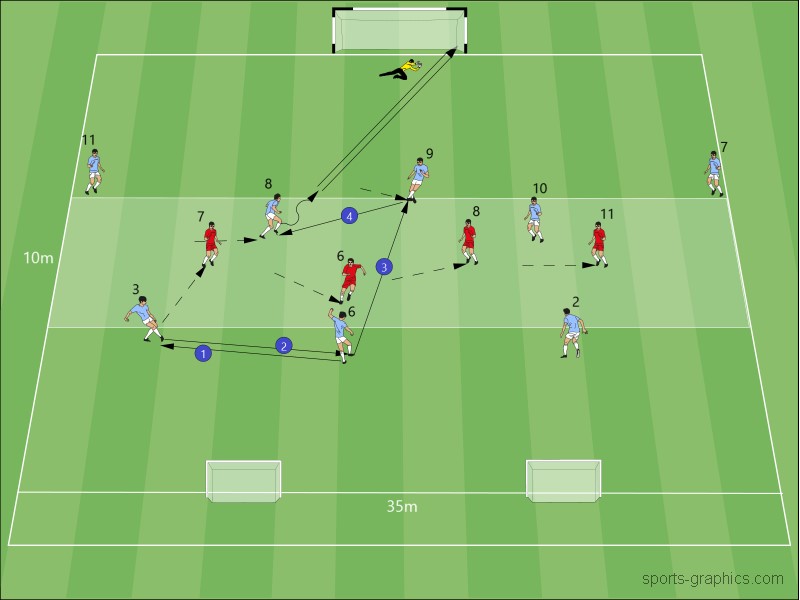