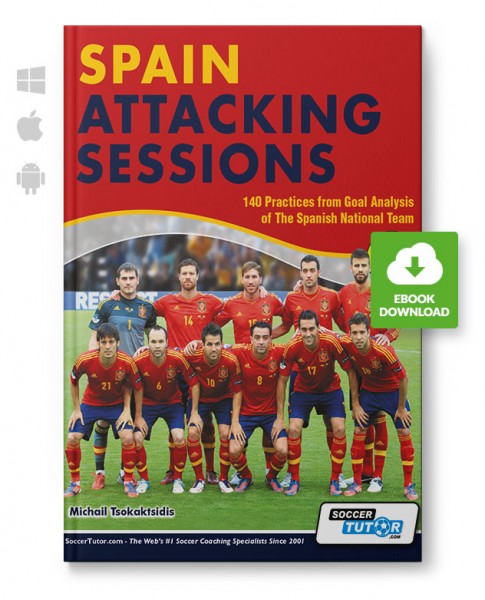 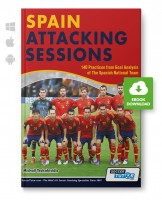 This top class ebook in FULL COLOUR - Spain Attacking Sessions is the 2nd in a series of books which provide you with a blueprint of how to attack and score goals like the world’s best teams.

This ebook includes chapters on how to play in all the different phases of the game and against various different oppositions and formations. The first 3 chapter are based on attacking against teams which defend in the low, the middle and the high zone. Chapters 4, 5 and 6 focus on the transition from defense to attack in the low, middle and high zone.