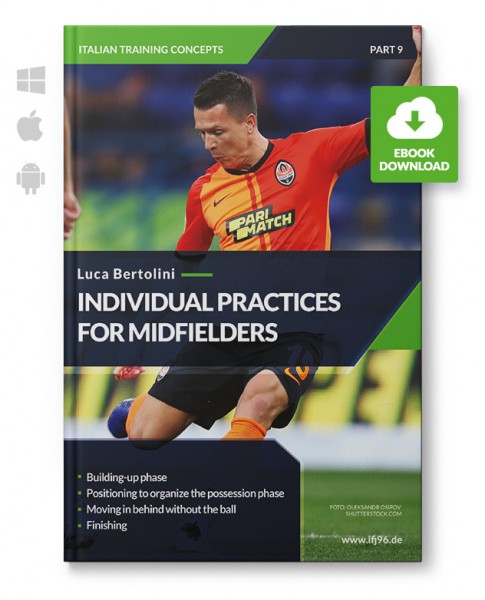 There is an era of midfielders before Pep Guardiola and another era after his seasons at Barcelona; Busquets, Xavi, and Iniesta have changed the positions in the field and the meaning of the word, and the role. Following the word, midfielders are the players who stand and act in the middle third of the field; from this point of view, Steven Gerrard and Frank Lampard have already changed the role, creating the box-to-box midfielders. On the other side, Guardiola's Tiki-taka is over at this stage of tactical developments. However, the consequences of this period are still affecting soccer, as he created the attacking midfielders, "using" Busquets as holding and defensive midfielder in front of the defensive line. In his proper definition, a holding midfielder is probably the purest form of a defensive midfielder, as he holds his position close to the team's defense.

There are 3 types of midfielders that protect the back defensive line, launch the building-up phase, and support the consolidation and possession phases of play. The proper defensive midfielder, the holding or deep-lying midfielder, and the deep-lying playmaker. Other types of categorized midfielders are the hybrid midfielder, who doesn't help the defense as a first task, but he acts as the game's flow requires, or the box-to-box midfielder, who plays with excellent Positioning, defensively and offensively. Are the wingers midfielders? Or do these players act in a completely different role? Are the inverted fullbacks midfielders? The wingers become "Mezzale" in the building up and defensive phases of the 1-4-4-2. If the mezzale are destructive players, they become Mediano(s).

Jürgen Klopp and Pep Guardiola have created the final review of the midfielder's role definition in Germany and England; the inverted fullbacks allowed the midfielders to act as attackers and push up fullbacks have required the wide midfielders to patrol the half-spaces and the flanks at the back. The No.10s are now midfielders, attacking and pressing midfielders. Even though they are not frequently immediately involved in the building up phases, they are now points of reference in the possession, consolidation, and finishing stages of the moves.

Eventually, technical skills, flexibility, awareness, and peripheral vision are the main requirements for a midfielder who must:

These are the situations of play which the book aims to coach.