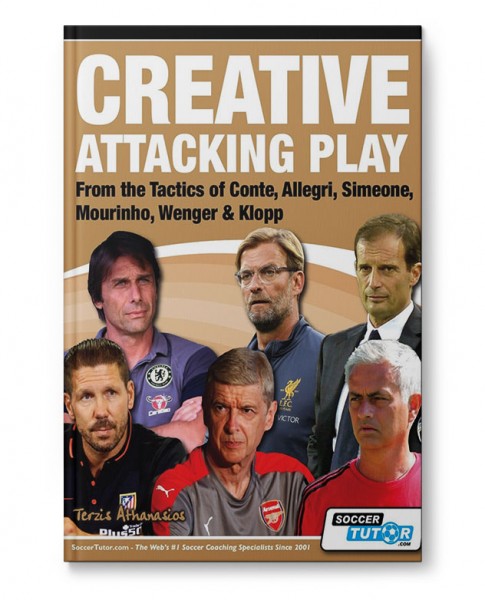 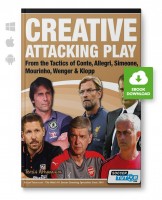 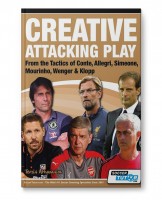 From the Tactics of Conte, Allegri, Simeone, Mourinho, Wenger & Klopp

Learn to Coach: "Creative Attacking Play" - with 42 Practices & Variations based on 60 Game Situations from the Tactics of: Conte, Allegri, Simeone, Mourinho, Wenger & Klopp

This incredible fullcolor book will help you complete guide for using Creative Attacking Play against teams that defend within the middle or defensive third. Learn the tactics of several of the world’s top coaches with analysis of Antonio Conte, Massimiliano Allegri, Diego Simeone, Jose Mourinho, Arsène Wenger and Jürgen Klopp with the 4-2-3-1, 4-4-2, 4-3-3 and 3-5-2 formations.

Athanasios Terzis is a UEFA ‘A’ Licence coach and has used this analysis to produce 6 full extensive sessions (42 practices & variations) including:

You can use these ready-made sessions to practice these top coaches' tactics and find solutions for every tactical situation.